Still a child, Muhammad Hasan Shirazi lost his father, and was placed at the custody of his knowledgeable uncle, Sayyid Husayn Majd Al-Ashraf. At the age of four, the young Muhammad Hasan enrolled at Maktab, a local school and at the age of six, he joined the Islamic Seminaries. Since his early years at the Seminary, the sharp mind and strong memory of Sayyid Muhammad Hasan brought about praises by everyone. At the age of Read more about Islamic Leadership[…]

The Hadiths by Pure Household Imam Sadiq, peace be upon him, is quoted saying: “Anyone who dies and leaves a debt, it would be our responsibility to pay his debt and take care of his family; but if one dies and leaves an inheritance, it would belong to the inheritors.” Imam Ali, peace be upon him, has also mentioned that the holy Prophet of Islam never left the pulpit, unless he said in public: “Anyone Read more about The Hadiths by Pure Household[…]

The Company of Grand Ayatollah Shirazi The sweet company of the Grand Jurist, according to the dozens of people who have enjoyed it, is a gift that reminds every one of the Almighty God and the pure Household of the holy Prophet of Islam. Anyone who has experienced the company of the Grand Jurist has been cherished with the abundant blessings from the culture of the Prophet’s Household and the genuine Islam. In all of Read more about The Company of Grand Ayatollah Shirazi[…] 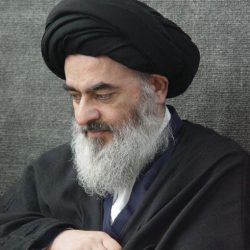 THE RISE The Grand Shia Islamic Authority and Jurist, Ayatollah Sayyid Sadiq Shirazi is born on January 8, 1942 in the holy city of Karbala, in Iraq into a family of outstanding history and position in the Islamic sciences and leadership. The Grand Jurist was named Sadiq after the sixth Shia Imam, with the hopes of treading in the path of protecting moralities, justice, and the genuine culture of the Islam, presented by the holy Read more about Biography of Ayatollah Sayed Sadeq Shirazi-1[…] 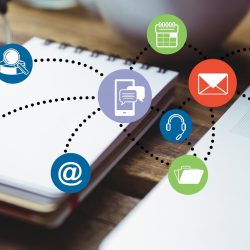 Wide coverage and easy access for all   – Programs in four languages: Persian, Arabic, English and Turkish   – Constant contact with the audience worldwide via 12 different  physical/virtual communication tools   – Provision and mail delivery of all programs aired on the channels, along with a range of other cultural products, to viewers across the globe   – Seminary courses broadcast on satellite television, offered in collaboration   with Imam Sādiq TV   – A wide diversity of engaging Read more about What are the advantages of Imam Hussein Media Group?[…] You can choose one of the following ways to assist Imam Hussein Media Group, ensuring its sustainable operation and expansion of activities on a global scale: A: Local & Representatives B: Foreign exchange dealers C: Texting an SMS D: PayPal     Imam Hussein Media Group has ambassadors & representatives in various cities within Iraq, Denmark, Norway, Germany, the US, Canada, Sweden, England and Australia. Our esteemed viewers and patrons can contact these individuals to see how they can best assist this Read more about How can one contribute towards the expansion of this Media Group’s activities?[…] 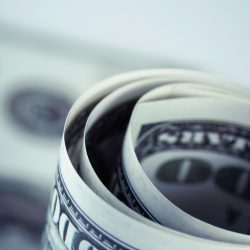 Imam Hussein Media Group has invariably focused its efforts on a single commitment: “Promoting the ideological & practical culture of the Shia community using the media platform” In keeping with this mission, the entity is not willing to venture into domains which might deflect its attention from and possibly compromise the fulfillment of its responsibility. In this spirit, commercial activities or business investments do not present the right options to the Group in terms of Read more about Where does the funding for Imam Hussein Media Group activities come from?[…] 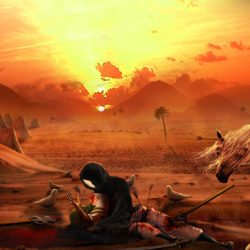 1. Protecting the faith of millions of young Shias from around the world 2.Assisting Muslim parents to help them raise decent children and virtuous young Shias 3.Screening the minds of young Shias against the devastating effects of the depraved, immoral and profane content of the mass media, and particularly of such satellite channels 4.Delivering the message of Islam to billions of non-Muslims who have never had access to the enriching treasures of the Qur’an Read more about What are the main objectives of Imam Hussein Media Group?[…]